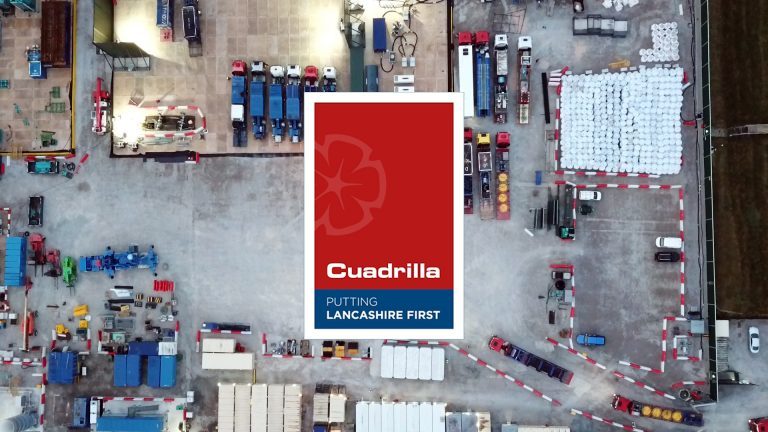 “NO GROUNDS WHAT SO EVER FOR A MORATORIUM POLICY”:
CUADRILLA RESPONSE TO TYNDALL CENTRE REPORT ON SHALE GAS

Cuadrilla‟s preliminary response to the Tyndall Centre report, which the company had the chance to review for the first time only late last night (16 January), is that there is no case for a moratorium on shale gas extraction in the UK.

“We have received full local and national approvals from all the appropriate bodies including the Department of Energy & Climate Change and the Health & Safety Executive to explore for natural gas at each of our sites. We will continue to work closely with all the local and national bodies overseeing and regulating our activities in the UK.

“As well as fulfilling all regulatory requirements, Cuadrilla is implementing industry leading health, safety and environmental risk mitigation practices across all its shale gas activities. Cuadrilla‟s management team has around 200 years of cumulative experience, including involvement in the drilling or fracture stimulation of more than 3,000 wells. We are confident that no issues will occur in our activity in the north-west of England which would cause any local or national concerns on which to base the introduction of a moratorium on on-shore gas drilling activity.

“No one from the Tyndall Centre approached us for any information as part of their research process. This is disappointing as we are currently the major UK player in this field and could have addressed and answered all the points made in the Co-operative‟s press statement. Since the publication of the report we have extended an invitation to the Co-Op to visit our sites and are hopeful they will take us up on this offer.”

The potential risks associated with shale gas exploration are not unique and are common to all hydrocarbon exploration. Shale gas exploration techniques, including directional drilling and fracing, are conventional and have been used across the wider oil and gas industry (including previously in the UK) for many decades.

Cuadrilla has given a categorical assurance that it is doing everything possible to manage the risk of a health, safety and environmental incident occurring at its operations. We have received full local and national approvals from all the appropriate bodies (including the Department of Energy & Climate Change and the Health & Safety Executive) to explore for natural gas at each of our sites. As well as fulfilling all regulatory requirements, Cuadrilla is implementing industry leading processes, procedures and controls at its projects acquired from many decades of experience.

The Tyndall Centre report discusses the risk of contamination of drinking water by fluids used in the fracture stimulation (“fracing”) process associated with many forms of oil and gas exploration, including shale gas exploration. As of 2009, out of hundreds of thousands of fracing operations that have taken place in the United States, US regulators have confirmed no cases of hydrocarbons or fracing fluid leaking into shallow water aquifers as a result of fracing. Cuadrilla is not aware of any incidents since 2009.

Fracing is an extremely common practice in the oil and gas industry, particularly in North America. It involves pumping fluid, more than 99% (in Cuadrilla‟s case 99.85%) composed of water and sand, under high pressure to open up millimeter sized gaps or cracks in shale rock formations found at depths greater than 5,000 feet – several thousands of feet below shallow water aquifers containing water used by humans, animals and vegetation. Other than water and sand, the fracing fluid Cuadrilla is using at its sites contain just two additional ingredients – firstly a friction reducing compound commonly found in contact lens solution and in soil sealant at construction sites and, secondly, a highly diluted, mildly acidic compound used in many household applications including bleach and other cleaning fluids. These chemicals, which are very commonly used and well understood, are used by Caudrilla in extremely low concentration (just 0.15% of the fracing fluid).

Cuadrilla cannot comment directly on the claims made in the Gasland film, which has recently been released in the UK. However we note that the US-based American Natural Gas Alliance has undertaken a comprehensive, fact-based rebuttal of several of the most high profile claims contained in the film, including the sink lighting scene, on its website. This includes a number of rebuttals by federal and state government officials following thorough environmental investigations.

The Tyndall Centre report discusses implications of potential UK shale gas discoveries on UK energy policy. In Cuadrilla‟s view, shale gas can offer a „triple win‟ for people in the UK: (1) helping to ensure energy security through new domestic energy supplies, (2) lowering the cost and price volatility of energy to consumers and, like all natural gas, (3) reducing greenhouse gas emissions if burned to create electricity instead of burning coal – natural gas-fired power produces around half the carbon emissions of coal-fired power. Thus, natural gas can play an important transitional role in the development of a low-carbon energy system, an ongoing process that will take many decades.

Shale gas exploration and production sites typically occupy a small geographical footprint and their visual impact can easily be minimised and the carbon footprint minimised.

Cuadrilla also recognises the potential for an emerging shale gas industry to create new jobs and inject investment into communities. By being a first mover in shale gas, the UK could be at the forefront of a potentially significant new European energy industry, bringing multiple economic benefits for the north-west of England and for UK Plc.

There are no grounds for a moratorium on this proven and long-standing technology. We are confident that no issues will occur in our activity in the north-west of England which would cause any local or national concerns on which to base the introduction of a moratorium on on-shore drilling activity. 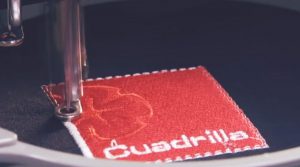